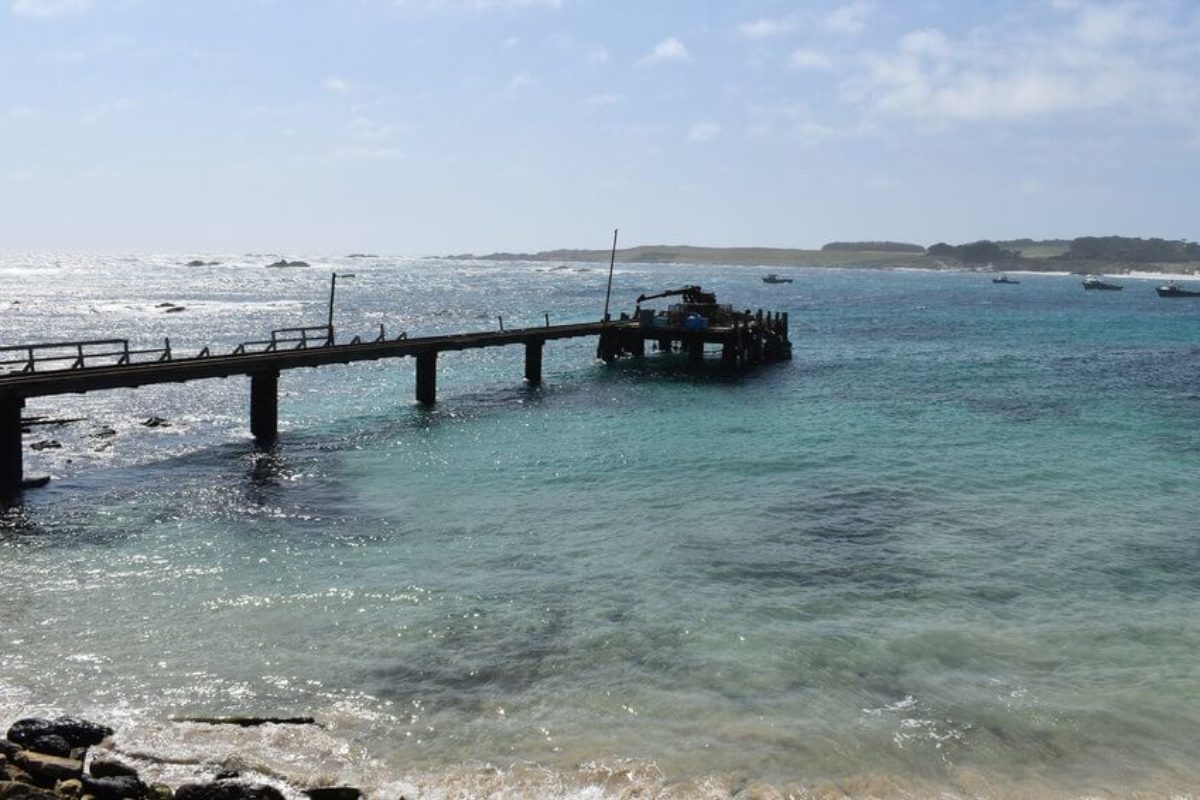 The Chatham Islands, or Rekohu (Misty Sun), are an archipelago in the Pacific Ocean and part of New Zealand.

The Moriori are the indigenous peoples of Rekohu and are thought to have migrated there at about the same time as the Maori arrived in New Zealand, about 1500AD. As with Maori they migrated from Hawaiki but it is not clear whether they came to Rekohu directly or via mainland New Zealand.

They were originally a warring race, until one of their chiefs, Nunuku, forbade murder and the eating of human flesh in a covenant that became known as Nunuku’s Convenant. This became such a strong part of their culture that it eventually resulted in their genocide when they refused to fight back after invasion by Taranaki Māori.

The Moriori were virtually wiped out as a race and their culture and language all but disappeared. It is thanks to the efforts of Maui Solomon and the Hokotehi Moriori Trust that the culture and language are regenerating. Ata Regenerative is proud to be working with the Hokotehi Moriori Trust to help them achieve their vision of reviving Moriori language, culture, and values as a means of regenerating society and land on Rekohu.

Natural History of the Islands

For the last 350,000 years, peat has built up on Rekohu, a product of both climatic conditions and poor drainage. Peat or peat-derived soils cover 60% of the land area with peat recorded to depths of 6 metres in some areas and still accumulating. Some of the peat contains ash from the Taupo eruptions some 26,500 years ago.

Before human settlement about 80% of Rekohu was covered with sedges, rushes, ferns, and swamp grasses, a thick canopy of long, thin-leaved tarahinau (Dracophyllum) and pouteretere (Leptecophylla robusta) shrub.

Around the coasts, where sand has mixed with peat, were predominantly kopi (karaka- Corynocarpus laevigatus) with strong growth of akeake the tree daisy (Olearia traversiorum). Forests in more sheltered or wetter settings included variants of karamu and matipo.

Impact of first humans on the land

This landscape was what the first human settlers, the Moriori, encountered.

The islands are both too cold and inclement to grow traditional Polynesian vegetables, like sweet potato, taro, or yam, and the Islands have no native land mammals, so food had to come from the sea.

After the arrival of Māori and Europeans, fires were used to clear land for grazing. This burnt holes across the peat bogs and destroyed most of the forests.

Grazing further damaged stands of trees and compacted and damaged soils. Tarahinau are still common in the southern part of Rekohu, but most of the land is bare of trees and much of the island is covered with bracken fern and increasingly in gorse.

Fisheries and crayfish have supported the island in recent times, shifting the focus from pastoral activities.

Dependency on commodity prices has impacted farm viability but there have been efforts to rejuvenate farming, for example, the efforts to establish a local meatworks. These have mostly failed, and farming continues to struggle. Farmers have tended to diversify their interests to include fishing further taking focus off agricultural opportunities.

History shows we have taken consistently from the island. It is time to give back!

That next encounter happened about 15 years later when sealers arrived from Sydney. This time things went well, and news of the friendly welcome by the Moriori soon spread back to Australia and New Zealand, resulting in more sealers and whalers arriving.

On 19 November 1835, the brig Lord Rodney, a hijacked European ship, arrived carrying 500 Māori men, women and children. This was the first of two ships that began the genocide of the Moriori people, the second arriving 2 weeks later.

Immediately the invaders began to take over the locals and their land. The result was a massacre, with the survivors being enslaved.

Tame Horomona Rehe, also known by the anglicised name Tommy Solomon, is believed by most to have been the last Moriori of unmixed ancestry.

As the last full-blooded Moriori, his death in 1933 is considered by many to be the extinction of the Moriori people.

Our aims on the Chatham Islands

Our aim is to bring societal, ecological, and economic health back to the islands, working closely with Maui Solomon, grandson of Tommy Solomon,  who has dedicated his life to the revival of the islands and the Moriori culture.

The constant and long-term exploitation of Rekohu is captured in the words of a long-time local Alfred ‘Bunty’ Preece: ‘For the past 200 years …, the story has been one of plunder. First there was wholesale exploitation of whales and seals … the landscape of our islands is beautiful but now barren. More recently we have had the plunder of crayfish and blue cod, pāua and other shellfish … We took fish, we never planted trees. Now we are anxious about what we will leave our grandchildren’.

Ata Regenerative are proud to work alongside the Hokotehi Moriori Trust in helping to regenerate the land, society, and culture of Rekohu.

Working together only makes us stronger

Only by working together can we ensure success, supporting one another, allowing everyone to thrive, including the land.

We must be clear on our context and recognise that all we are working with is interconnected and part of the whole. When we change one thing it will impact the health of the entire system.

All engagements must result in a true, open and honest value exchange with all members.

With clear and defined roles for everyone, we want thriving members, intelligent decision-making, and relevant exchanges with our network connections.

Using our regenerative design framework, we will work with local farmers and the community in general, to nurse the land back to health, resulting in a sustainable practice for future generations.

The process starts with an evaluation of the land, followed by the designing of a working structure on which to proceed.

Once the program work has been decided upon, we then continue to monitor and evaluate the project using real-time feedback loops that allow us to adjust the process as needed.

By using the holistic trifecta of Planned Grazing, Land Planning and Financial Planning, we can not only transform the land, but the way of thinking and working by the local community to ensure a sustainable, regenerative, and economically successful farming practice.

Our regenerative approach to the Chatham Islands isn’t new. It is based on centuries of indigenous learning and living systems science.  We have been using the same process here in New Zealand with great success, improving farming land, bringing economic results to the community, and helping to ensure environmental health for future generations.

We are the only EOV provider in the country, and with two decades experience pioneering the regenerative process, we can help you make the switch.

“Hokotehi Moriori Trust has been working with Hugh Jellie of Āta Regenerative to build an understanding of how we can contribute to a more healthy community on Rēkohu (Chatham Island) through using regenerative principles for farm management and organisational development. We have enjoyed Hugh’s contribution for the science, experience and humanity that sits behind his advice. The impact of Hugh’s work with us has been to enable us to reimagine what might be possible for our community and how we might best organise ourselves to make those imaginings become real. I have no hesitation in recommending Hugh to organisations interested in having a positive impact on their place and people.”