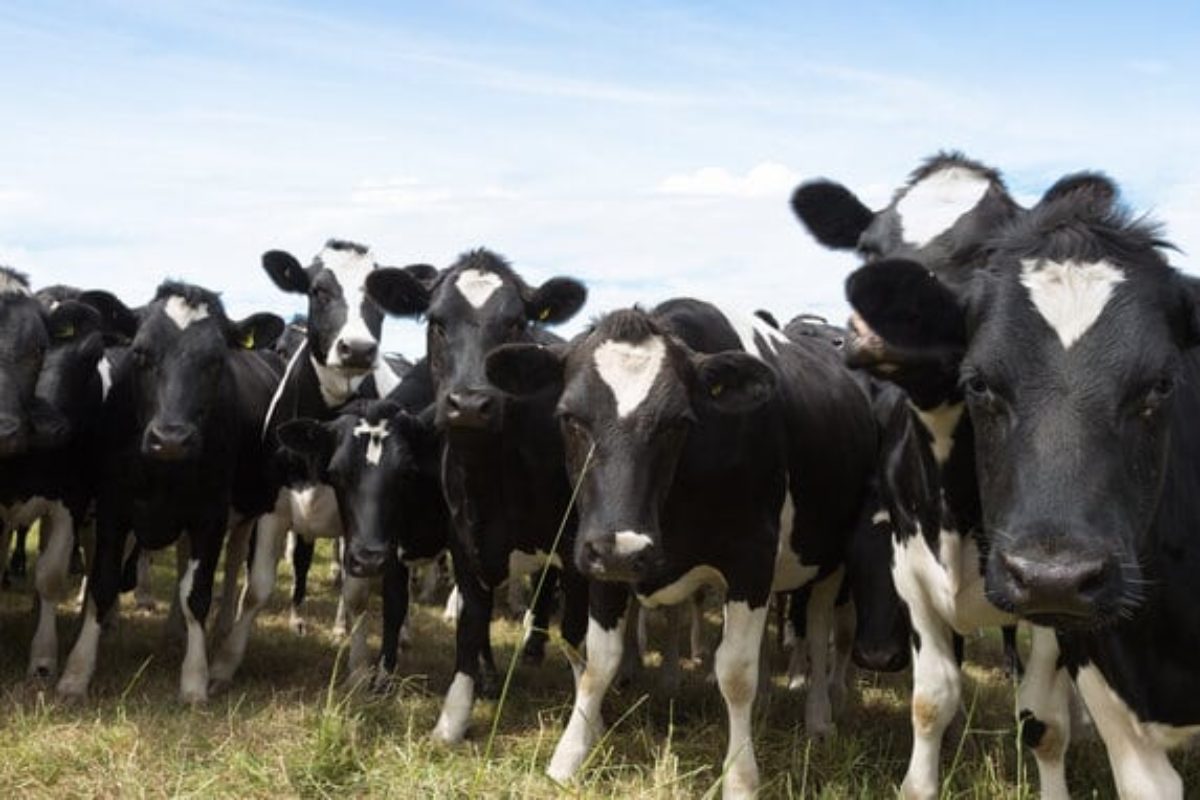 The industrialisation of agriculture has caused a slow but relentless disaster to unfold.

Agriculture is considered one of the biggest contributors to land degeneration globally.

The UN informs us we only have 60 years of topsoil left to support agriculture at the current rate of degradation.

The problem comes from the fact we treat our farms and organisations as if we are operating vast and complicated machines that need supportive inputs, constant oversight, energy, tinkering, and fixing. There is a mindset of needing to control rather than working with and learning from nature.

This approach results in unintended consequences, one of which is the destruction of soil health on a microscopic level.

Regenerative farming is the key to bringing life back to our soil on farms around the world.

It is a system of farming principles and practices that seeks to restore and enhance the entire ecosystem of a farm instead of simply working it to the maximum yield.

Nothing exists in a bubble, and the foundation of regenerative farming is that everything in the environment is interrelated and co-dependent.

One of the practices used in this type of farming is adaptive multi-paddock grazing, also known as Holistic Planned Grazing.  A key principle in the shift to regenerative farming is Holistic Planned Grazing, a concept developed by biologist and a co-founder of the Savory Institute Alan Savory. This is essentially the same as Adaptive Multi-paddock Grazing, the main difference is that HPG incorporates the decision-making framework also developed by Alan Savory.

What is HPG Grazing?

Traditionally, livestock is kept in one large paddock and left to graze to their heart’s content in a concept called set stocking.

The idea is that there is plenty of grass for them to eat and grow to support future needs, so they’ll make their way around the paddock, evening things out.

Unfortunately, this isn’t what happens.

Depending on the stock density (how many animals in the area for the set time) animals either overgraze the paddock if density high and time long, or they target the sweet favourite spots to graze, and so stay in one place, overgrazing that area and allowing the rest of the paddock to overgrow.

This overgrazing damages the soil, and severely limits the quantity of grass grown within the season.

HPG is a lesson from nature looking at the habit of large mobs of grazing ruminants and their role in maintaining the health of the environment. The important principles learned were that these mobs only grazed in one area for a short time before they moved on and were a long time before they returned to that spot. This occurred because they soiled the land but also because they were pushed on by predators, effectively the original herders. We mimic this with HPG by sub-dividing paddocks into smaller areas usually with temporary fencing, allowing the animals to graze for anywhere from a few hours to a few days at most before being moved onto another part of the paddock.

This seems incredibly simple – and it is – but the results speak for themselves.

Instead of working the soil literally to death, HPG produces more grass, even with more animals.

Why livestock is crucial to farms

Historically, livestock has played a crucial role on a farm, even if that farm’s primary produce is crops.

It’s only relatively recently that farming has become based on monocultures – that is to say, only focusing on one type of crop or livestock.

Ruminant animals (grazing animals like cows and sheep) have special digestive tracts which are built through evolution to work with the natural life-cycle of the land and soil.

They are able to acquire nutrients from grazing by fermenting it in a specialized stomach prior to digestion, principally through microbial actions.

Then, through their manure and impact of their hooves, the soil is fertilised again and also able to infiltrate huge quantities of water. This, in turn, breaks up compaction layers in the soil.

Livestock contributes significantly to the building of the soil microbial and macro-organism populations through this natural process, but modern-day monocultural practices prevent this from happening.

Diversity is key to farming crops

Since taking off after the Second World War, monoculture farming today accounts for over 95% of agriculture today.

Without livestock, the environmental impact is clear and obvious.

Where a farm only grows crops, there tends to be steady loss of soil organic matter, harmful runoff issues, erosion issues, carbon loss, and poor water infiltration to name but a few problems.

The monoculture farming industry has become heavily reliant on inputs due to the damage to the soil microbiome with a dependence on chemicals, synthetics and GMO seed.

Monocultures with livestock can still bring many of the same issues, but if HPG is practiced, then the soil and ecosystem is not only less likely to be damaged, but actively responds and grows.

The importance of microbes and fungi

A staggering 90% of soil function is mediated by microbes. Those same microbes depend on plants to survive, so how we manage plants above the surface is crucial.

Microbes improve soil structure, as well as nutrient access for the plants through their roots. Healthier soil allows roots to grow larger and deeper, increasing water and soil retention.

Roots interact with fungi and bacteria (known as the microbiome), transferring energy and nutrients to/from the microbiome to the host plant.

A naturally occurring pesticide is produced by the roots in the form of metabolites which can deter or kill insects, nematodes and microbes, fending off pests and pathogens.

It’s a sad and disturbing fact that our food today contains fewer nutrients than the food we produced just a few generations ago.

When our focus is production at all costs, it comes with unintended consequences.

When the life and health of our soils becomes disconnected from agriculture, agriculture produces lifeless food and our communities truly suffer.

Regenerative farming practices like HPG can turn the tide and bring us back in sync with nature.

If you’re looking for tangible results in the shortest period of time, then this is the answer.

Holistic planned grazing achieves the highest levels of profitability with a noticeable change in around 3 years, regardless of conditions.

From an economic point of view, it improves returns as well as livestock production.

Farming is about observation and using all your senses; sight, sounds, smell, touch and even taste.

Farmers know the damage that’s happening to the land, and there’s a general consensus something has to change.

Regenerative farming is the answer.